Vineyard Artists invites professional and passionate teachers with diver cultural backgrounds and vast experience as both educators and artists.

Angela Chi began playing the piano at the age of four at her home in Taiwan. She grew up performing in church as part of the choir as well as playing the bass guitar. At the age of 17, Angela moved to Canada where she discovered her love for the French Horn. Playing throughout high school and performing locally, Angela eventually went to the University of Toronto to pursue and receive her Bachelor of Music in Performance under the instruction of Audrey Good and Neil Deland. While in Canada, Angela taught piano privately and performed with a variety of groups locally and at festivals such as with the Vancouver Youth Symphony Orchestra, Toronto Symphony Youth Orchestra and Hart House Orchestra; Domaine Forget, Sulzbach-Rosenberg International Music Festival and Orford International Music Academy. Angela is also actively involved playing in many chamber music groups such as brass quintets, wind quintets (winner of Amateur Chamber Music at the Toronto Latin Flute Festival), wind octets. Angela was also awarded Eugene Rittich Memorial Scholarship and David and Marcia Beach Summer Study Award in 2016 at the University of Toronto.

In 2017, Angela relocated to Boston, Massachusetts in order to pursue her Master of Music degree in Brass Performance under world renowned Eric Ruske. During her time at BU, she continued to play piano and bass guitar at church while performing as a freelancer in orchestras, chamber ensembles and studio sessions throughout the state. After having finished her studies, Angela has continued to perform and teach extensively.

Angela believes each student has a gift in music. And with the right direction and attitude they will find the lifelong enjoyment of music. In order to develop the students’ musical sense, a teacher must spark their interest with an individualized approach. It is important to encourage students to focus on fundamental techniques in a step-by-step manner while  introducing them to all different kinds of ways to practice. This makes for a more pleasurable and satisfying practice experience, rather than pushing the student through a boring and unexciting process.

Ms. Sarah loves working with children and has extensive experience teaching art in enrichment programs, including: Creative Arts in Lowell, Lextended-Day in Lexington, and the Salem Arts Association.

She has her Bachelor’s Degree in Art History and enjoys sharing her knowledge of artists and cultures when creating a lesson plan.She has passed all of her state MTEL educator examinations and Massachusetts teaching certification is pending.In the future Ms. Sarah intends on pursuing her Masters Degree and Teacher Prep Certification. She hopes to move into the public sector.

Her teaching philosophy is a combination of kind patience and firm expectations. Ms. Sarah believes in working with the individual skills of each student to guide them to create the best work they can, while also maintaining the belief that each student can direct themselves to the best behavior and practices when encouraged to do so in a comfortable environment. She believes in incorporating many different mediums (painting, sculpture, drawing, mixed media, etc) and styles to her lessons in order to push students outside of predictability and to further develop their artistic skills as well as to develop critical thinking. She believes the beauty of teaching art to children at a young age is that it is typically the only academic introduction to critical thinking, which requires conceptualizing more than just right or wrong, yes or no answers. It also requires students to learn to visualize, follow steps and self critique; which are skills that are useful moving into their eventual careers.

Proud member of the National Guild for Community Arts Education 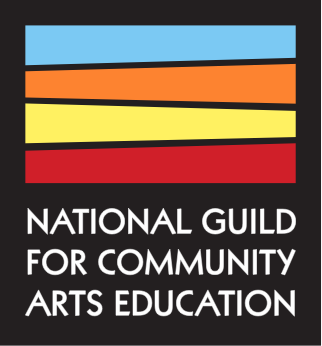